The Blue Mosque, also known as Sultanahment Camii, is characterized by its six minarets. It represents one of the most famous and most visited monuments of Istanbul, as well as a dominating element in the skyline of the city. Many architects and experts of this field though consider this mosque less successful compared to other works designed by the architect Mimar Sinan.

The view of the mosque is simply majestic; above its courtyard the mosque is a mix of domes and turrets where there is no trace of straight lines. Before construction began in 1609, there were objections that building a mosque with six minarets – just like the one at Mecca – would have been a sacrilege and it would have drained government’s resources. However, the main concern was the fact that the construction of the complex required the demolition of a few palaces owned by imperial ministers.

Inside the mosque four majestic pillars of 5 meters in diameter seem to be squashed against the external wall, darkening some areas of the building. The blue color – which gives name to the mosque – dominates all interior decorations and adorns. The order of more than 20.000 tiles practically exhausted the available ceramic kilns in Iznik. One can still observe the brilliant colors typical from Iznik tiles characterized by floral decorations and abstract shapes. The exit stands opposite to the main entrance, and one can access to it through the northeast door of the mosque.

At the northeast corner of the complex one can observe the elegant and richly decorated royal pavillon, which gives access to the sultan’s loge inside the mosque. The ramp allowed the sultan to ride his horse right up to the door of his chambers. 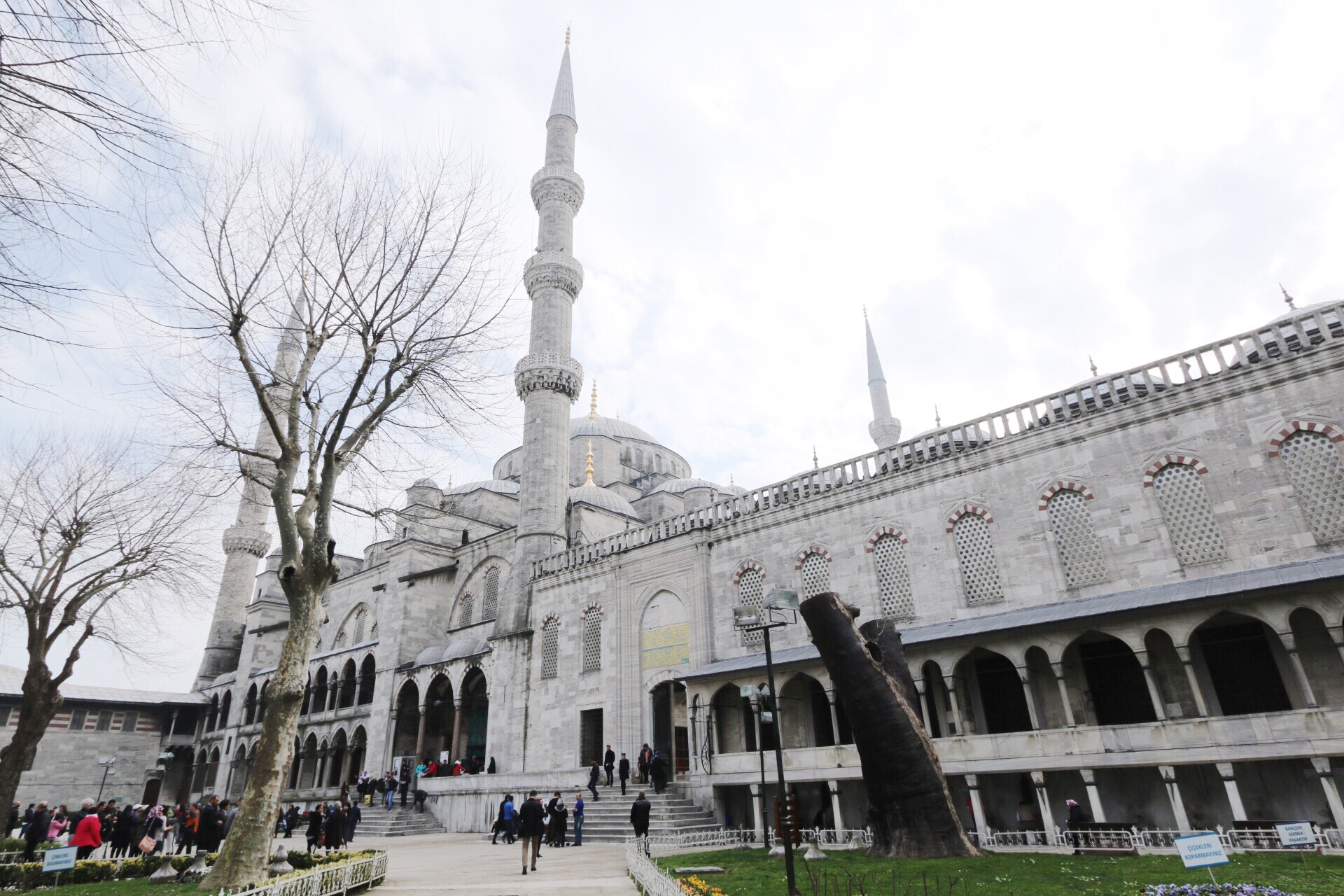 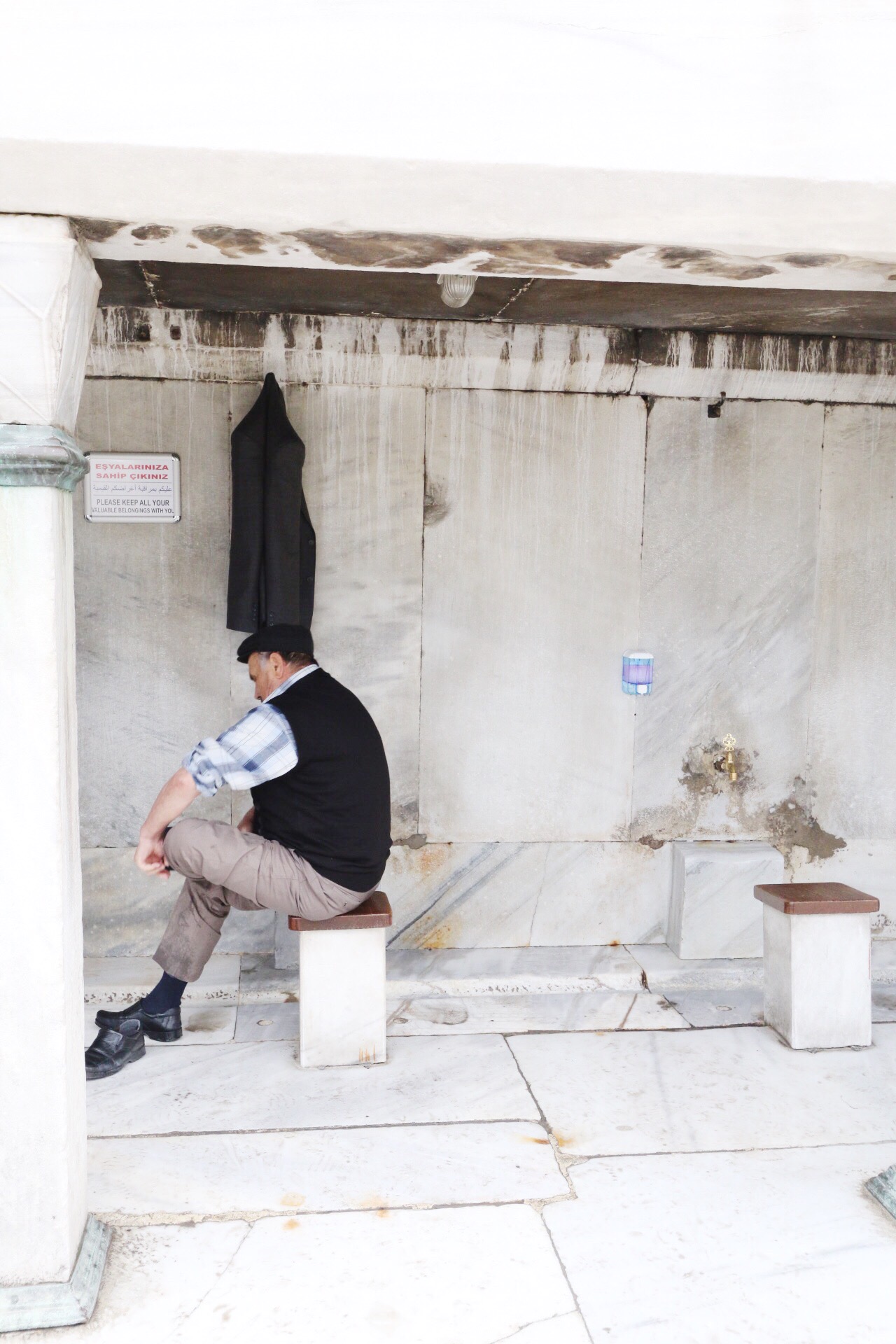 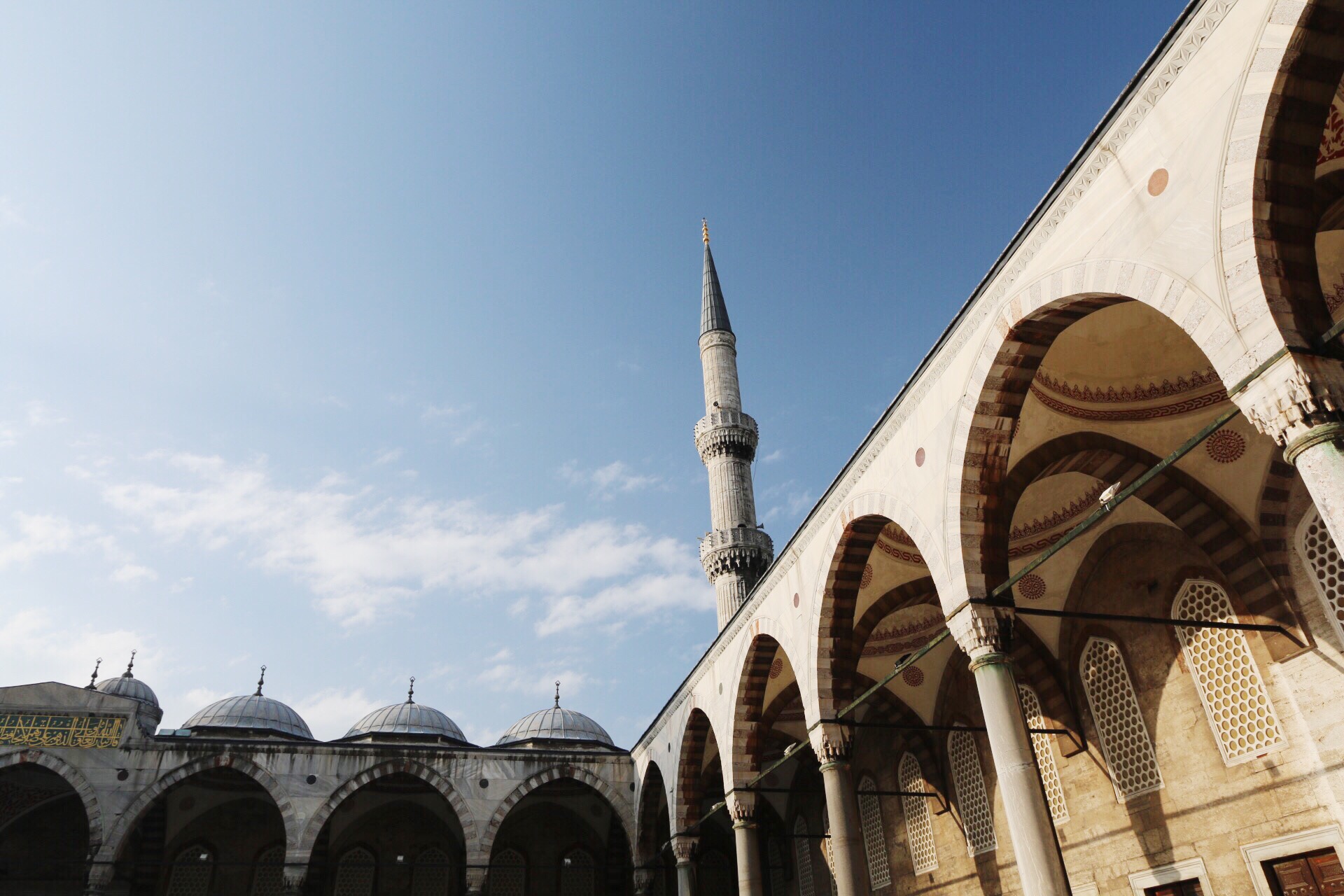 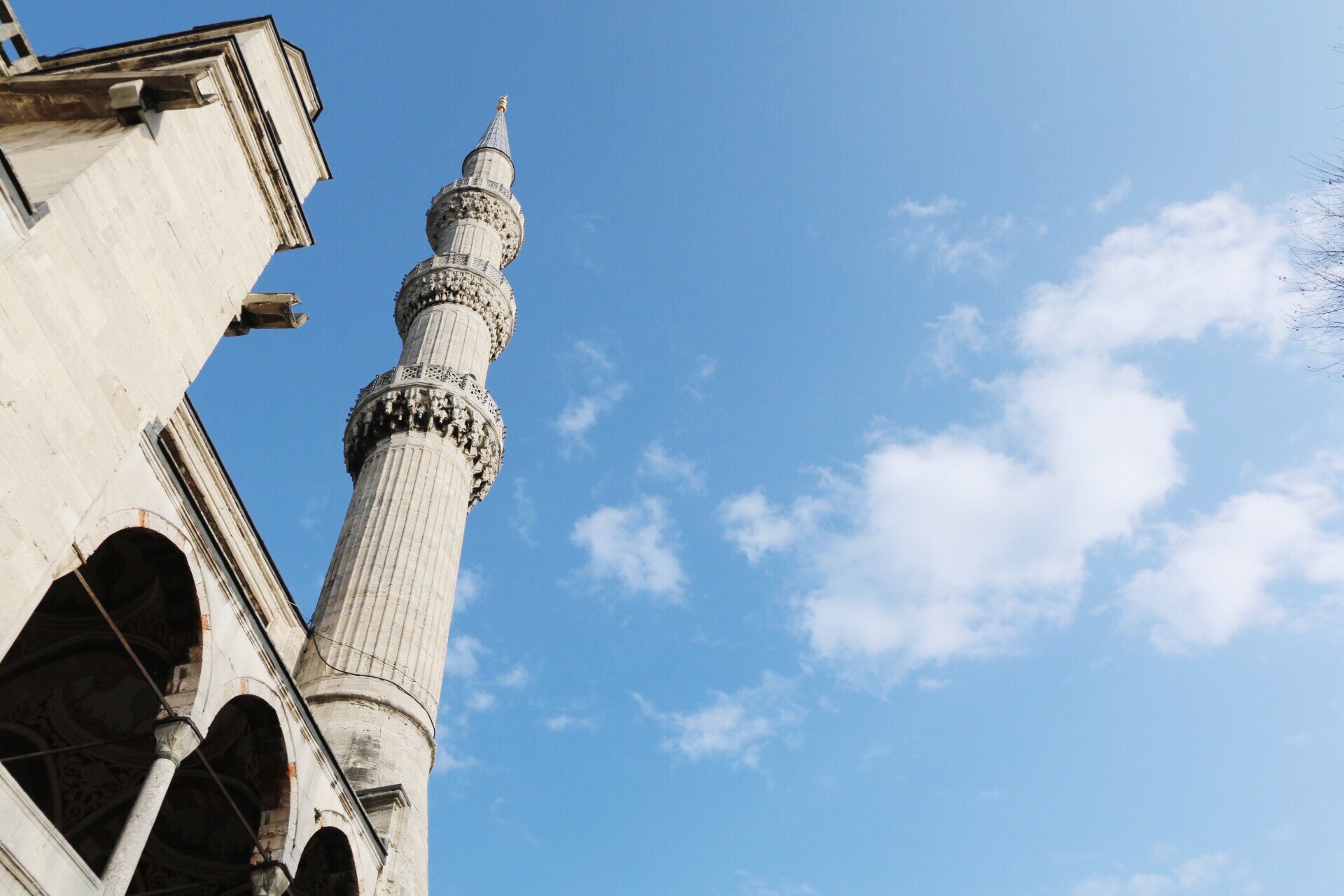 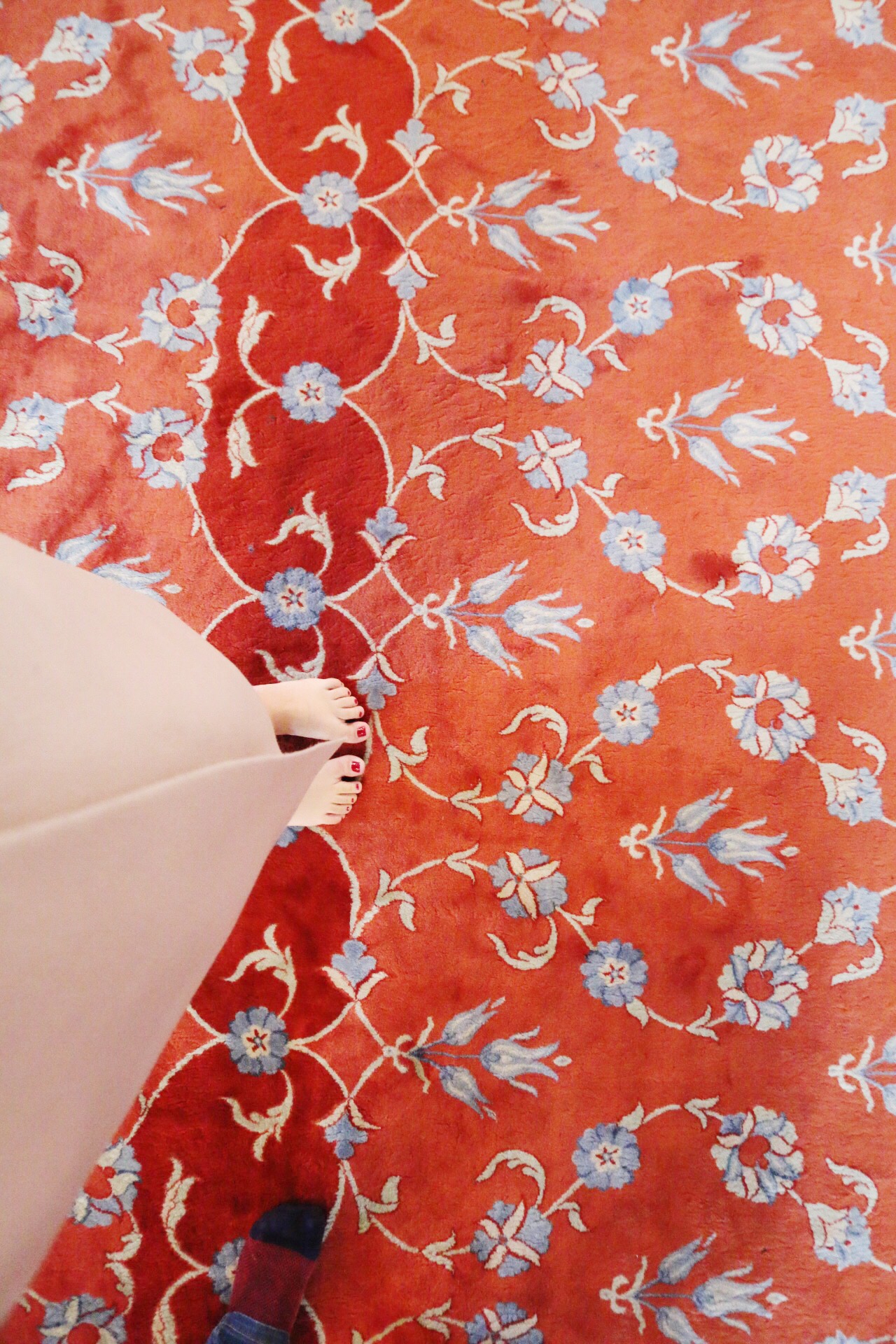 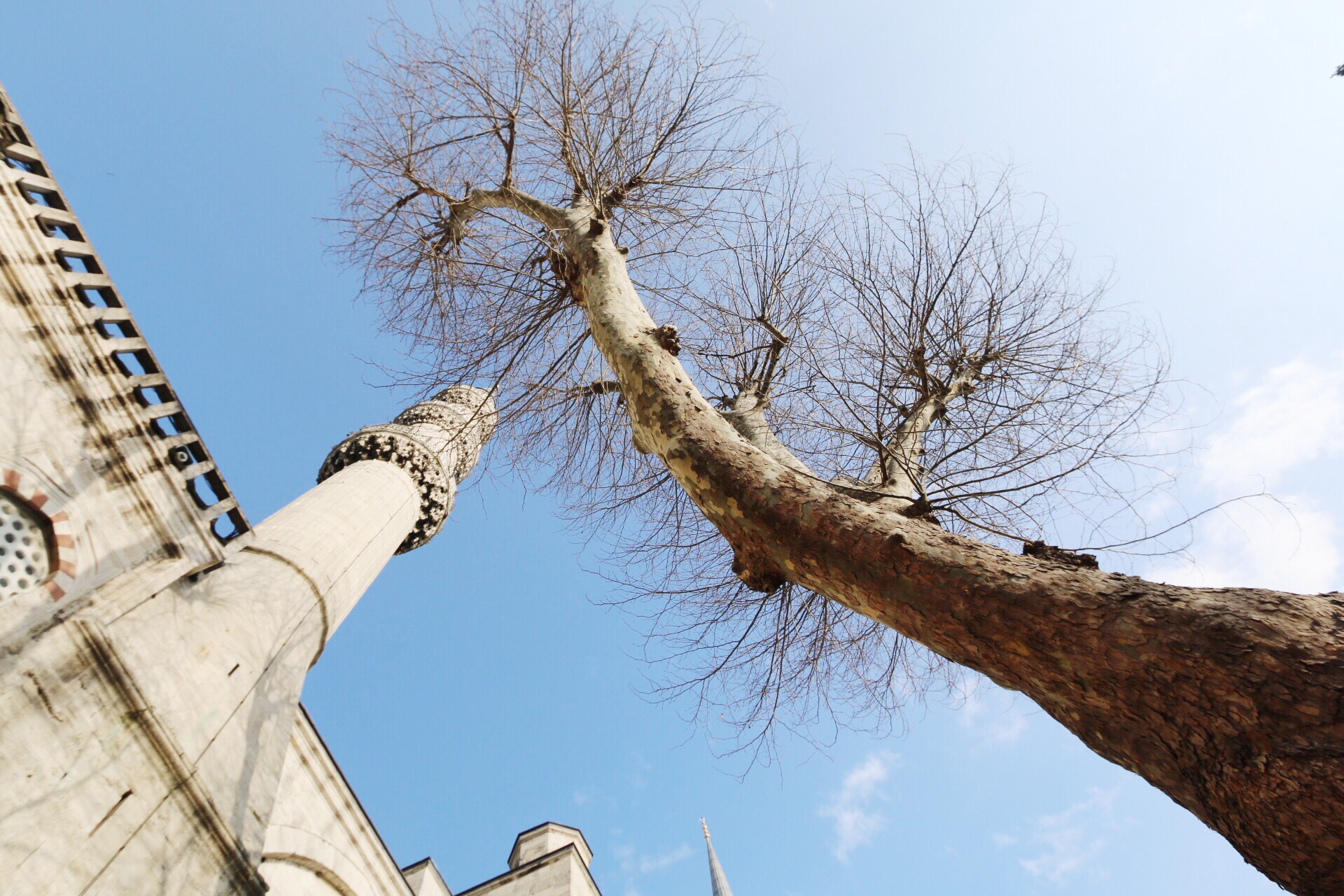 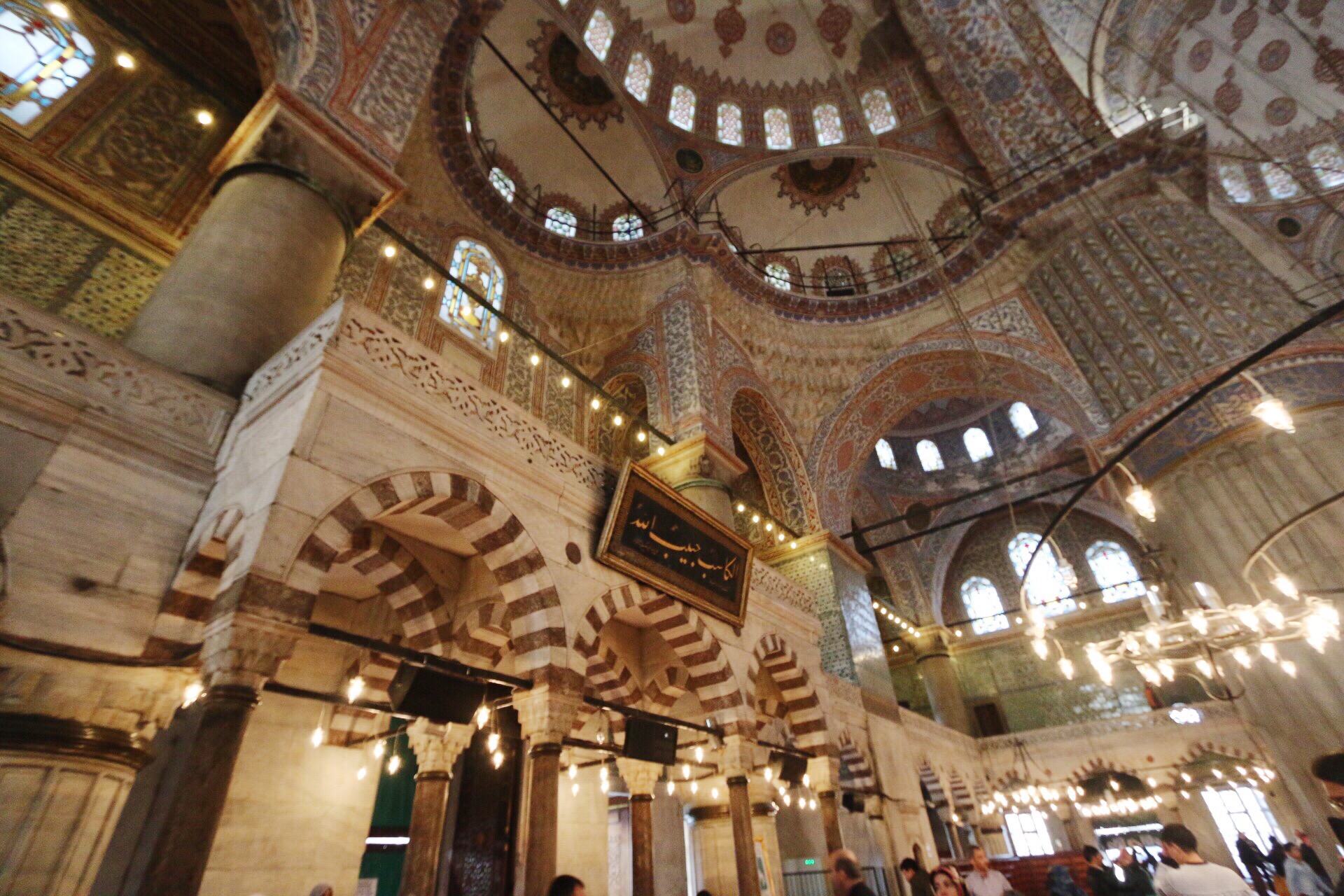 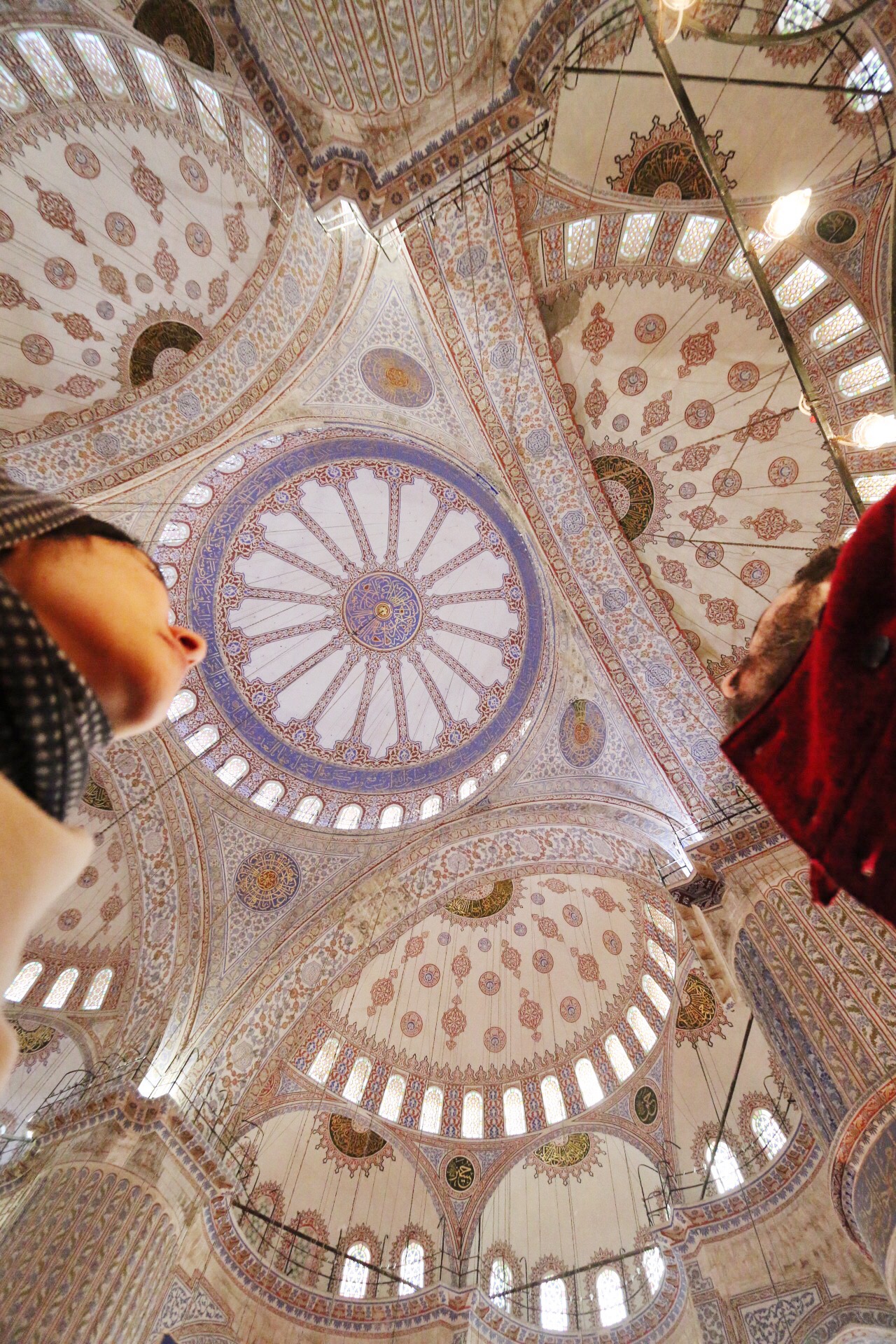 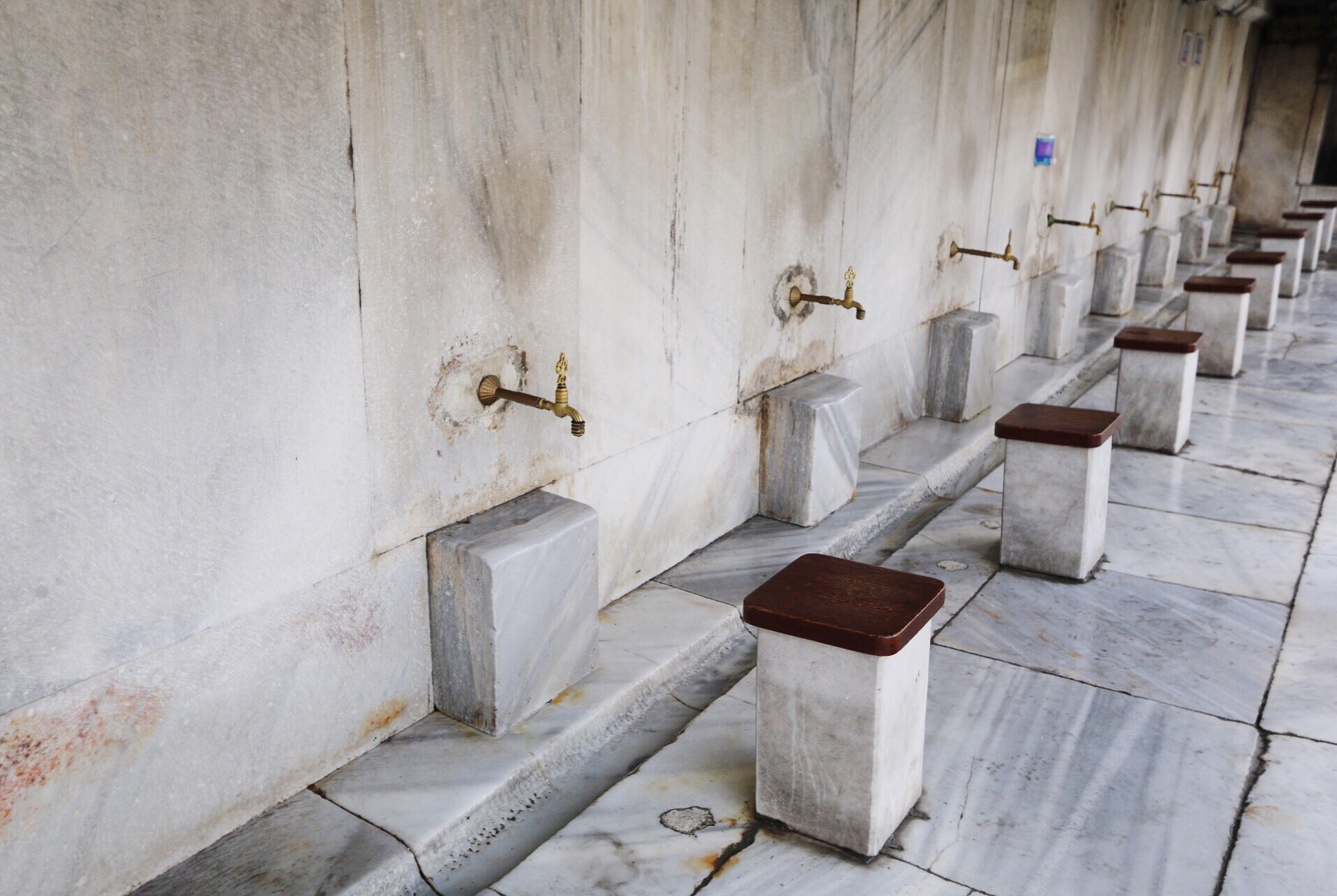 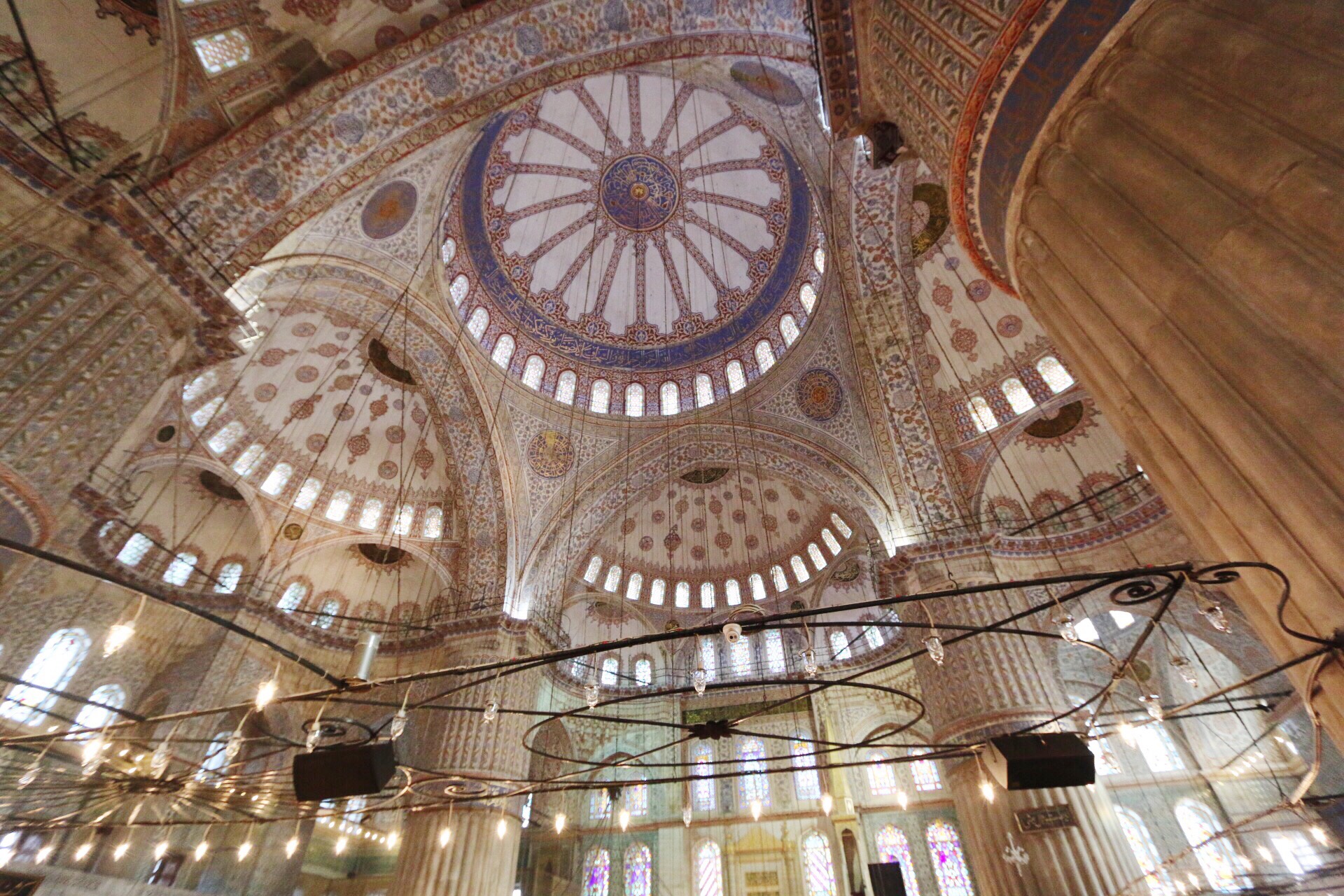 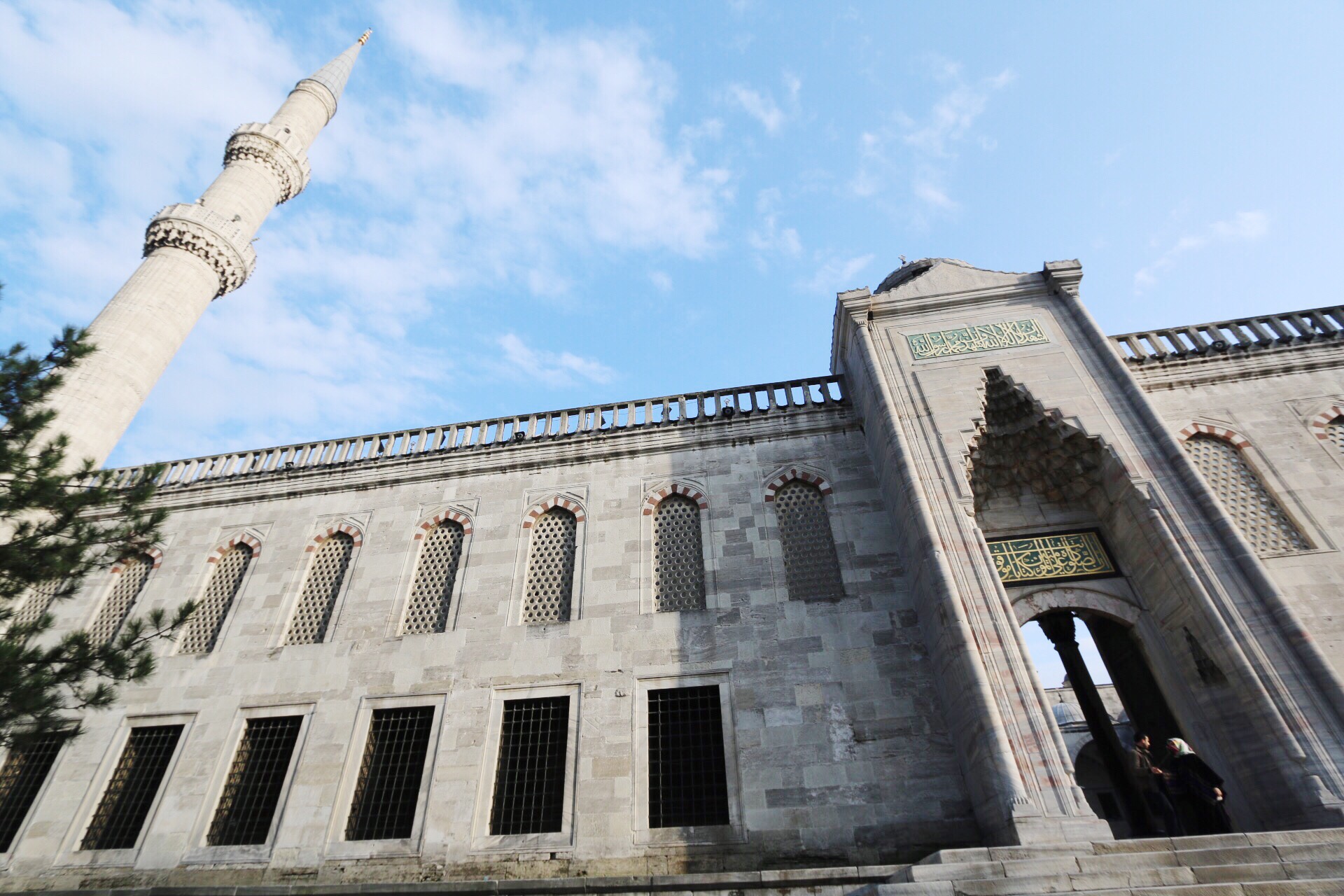