For nearly a thousand years, Hagia Sophia remained the largest interior space in the word. It was designed to demonstrate the power of Byzantine emperors to their people and to foreign dignitaries visiting Istanbul. The church, which is located in the ancient acropolis, dominated the city for almost a thousand years until Turkey was taken by the Ottomans in 1453. Since then, the domes and the minarets of the mosques started undertaking a position of preeminence.

Hagia Sophia remained a mosque until 1932; after additional renovations were carried out, the building was re-opened as a museum. As you walk into the central nave, it is hard not to be impressed by the suggestive sense of vastness created by its extraordinary 32m diameter dome located 55m from floor level, and by its 40 windows. The sense of greatness of the dome is increased by a number of parallel semi-domes. The walls of the southern and northern tympanons increase the sense of height of the whole building.

The Byzantine mosaics were originally designed to be seen by candlelight; it is indeed the best way to observe their incredible mastery. The trembling light reflecting against glass and gold fragments provides a sense of life and movement to the mosaics. One can still observe what is left of those abstract mosaics and large golden areas which, back in the past, covered the lower side of the dome as well as other wall details. There are only a few remains of the time when Aya Sophia was a mosque: the mihrab, the minbar and the sultan’s lodge, as well as huge wooden plaques that show sacred Islamic names of God, the Prophet Mohammed and the first four caliphs. These inscriptions, as well as the one in the dome, were made by Azzet Efendi and date back to the time when the two Fossati brothers were in charge of the restoration of the building. 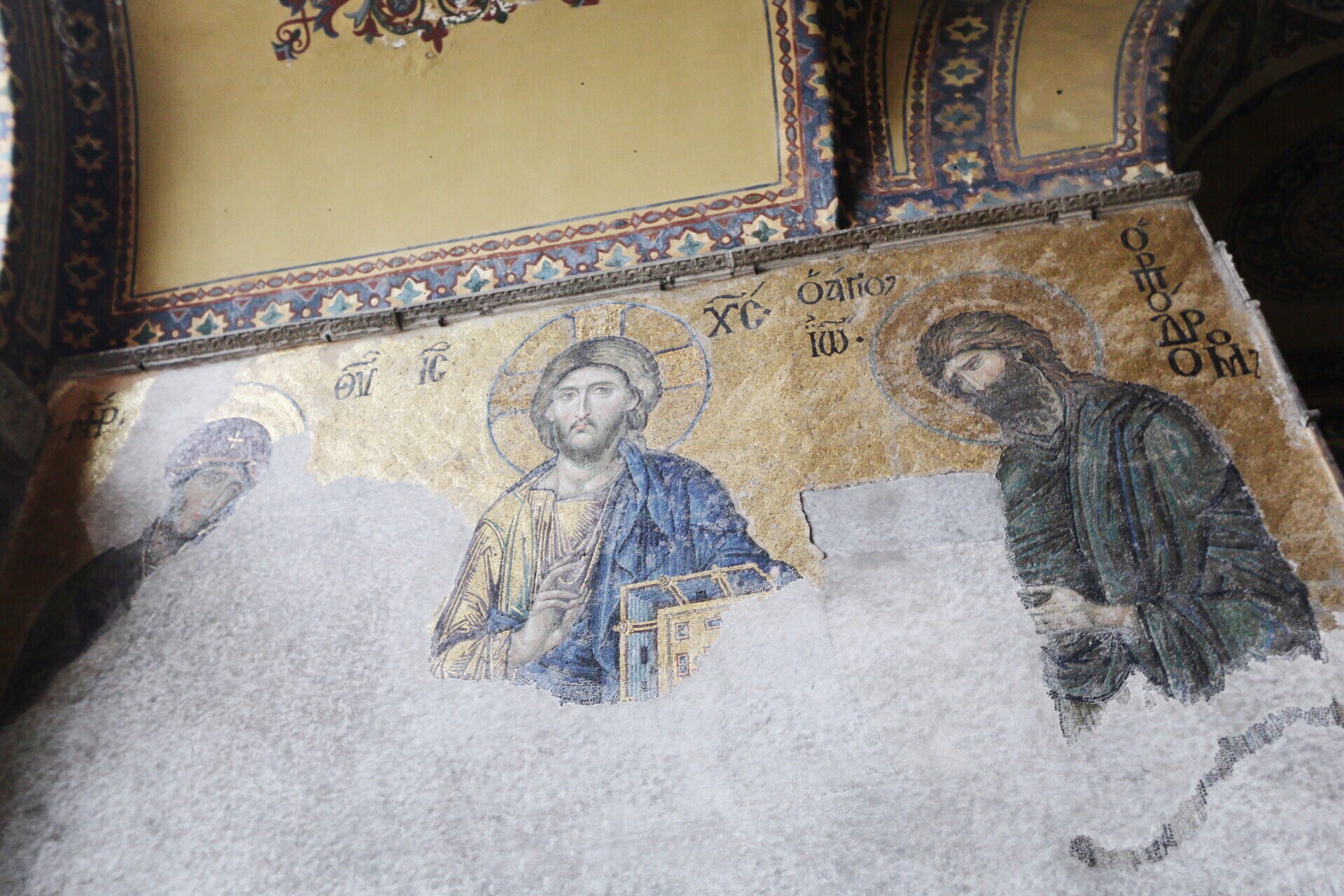 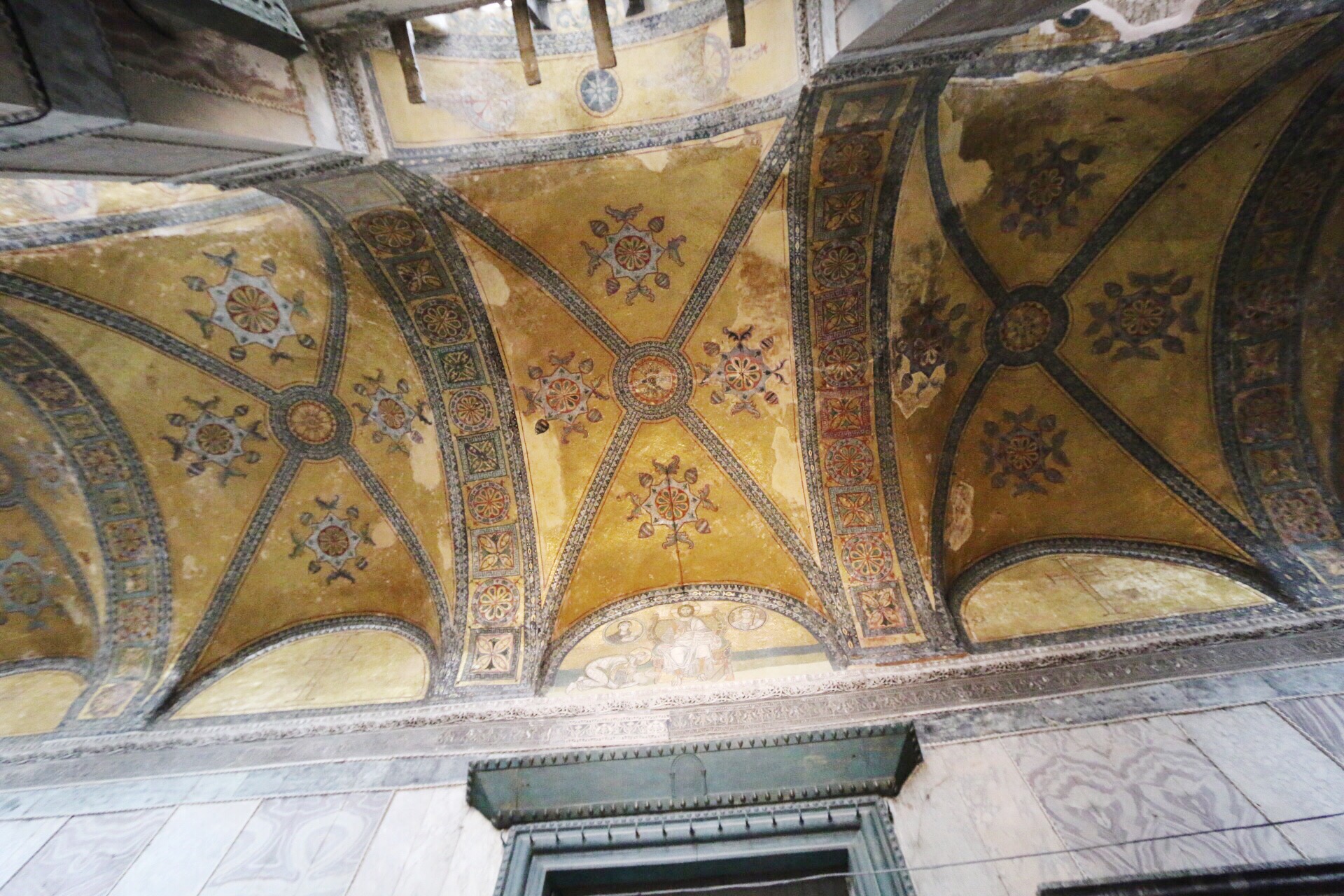 Almost 300 years after Aya Sophia was turned into a mosque an imaret (soup kitchen for distribution to the poor), was built in the northeast corner of the building. Since 2013, this stunning structure hosts a very interesting carpet museum showcasing a precious collection of ancient and modern kilims.

Aya Sophia is an enchanting monument where ancient traditions combine with art and architecture in order to shape a unique mix of different elements. 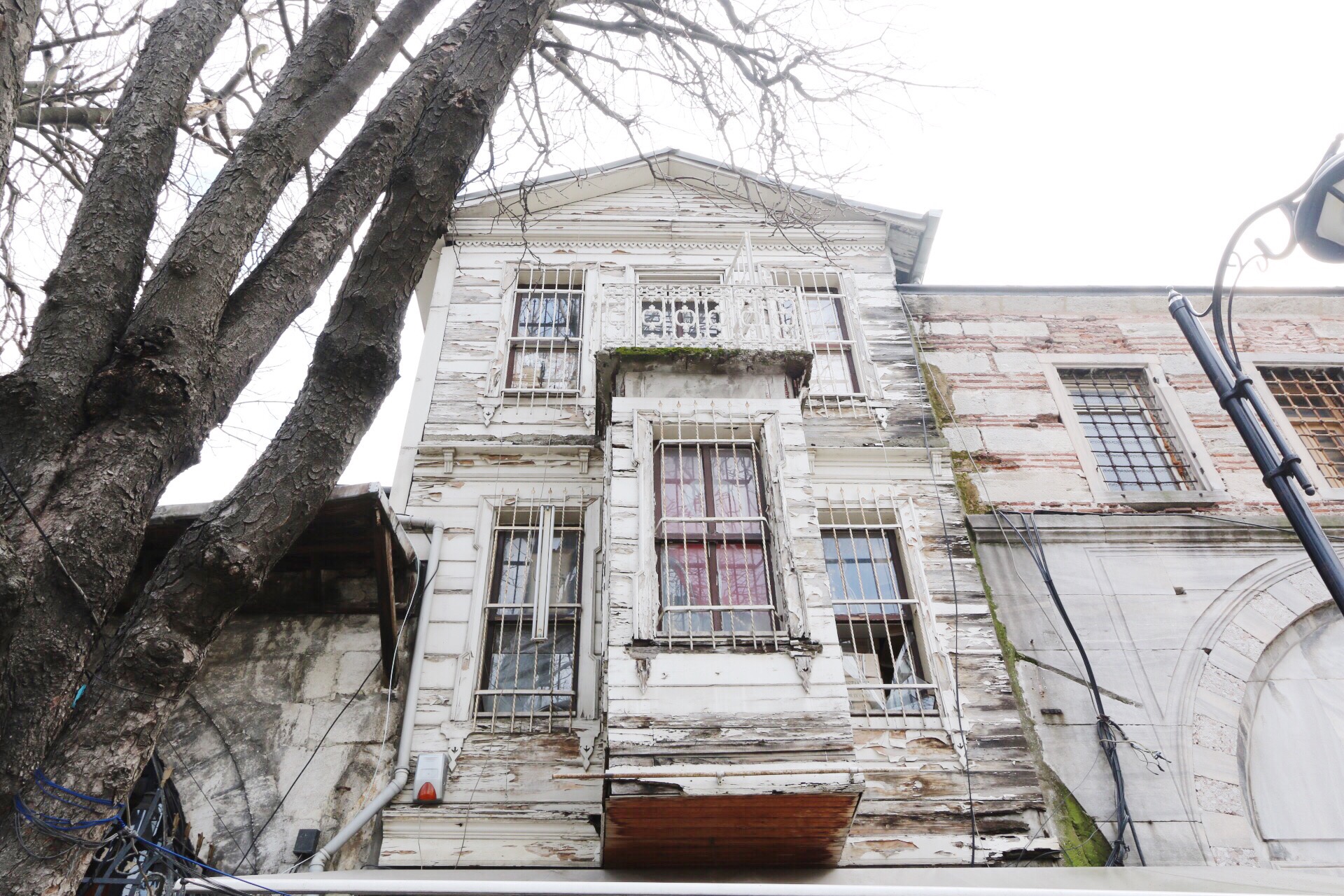 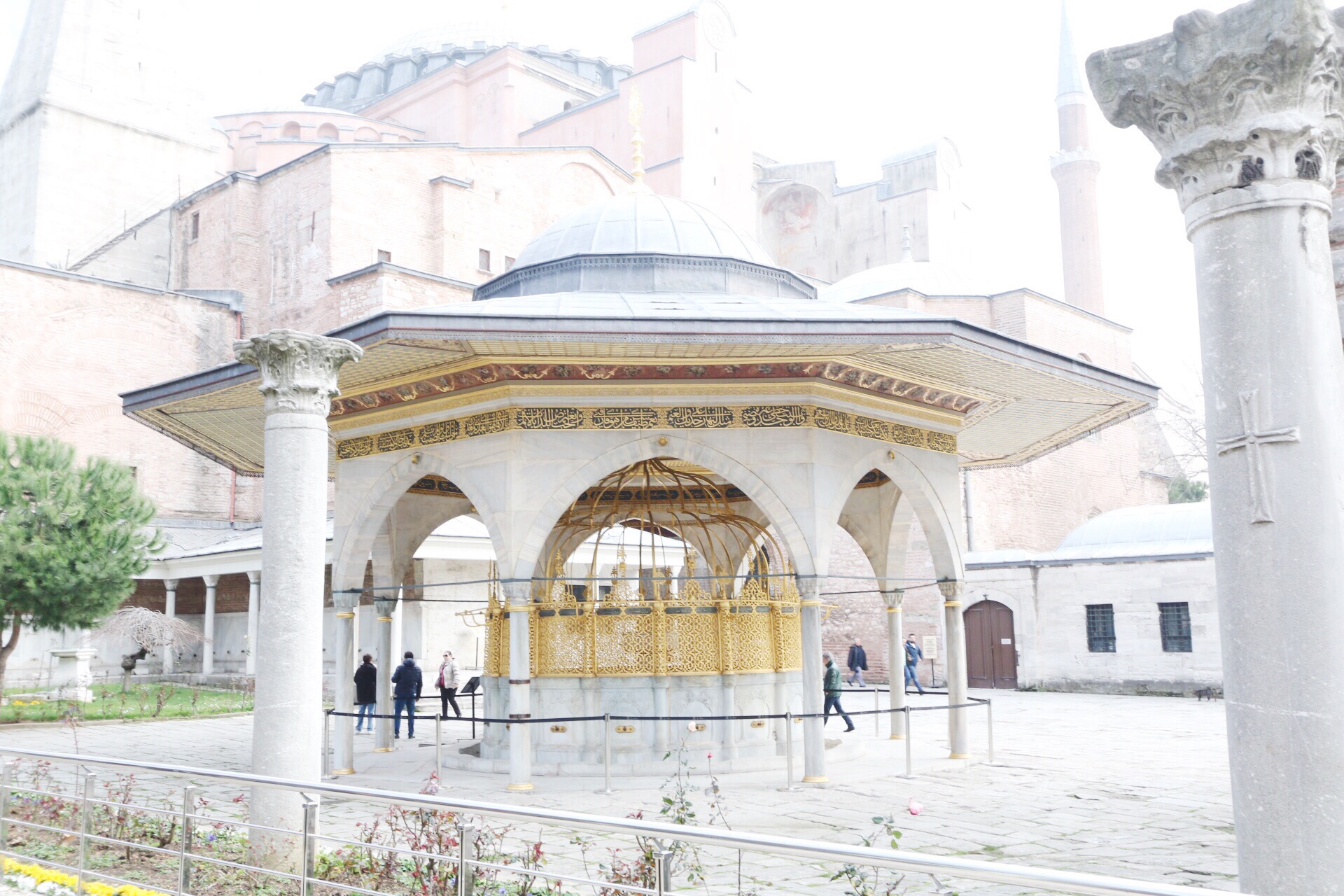 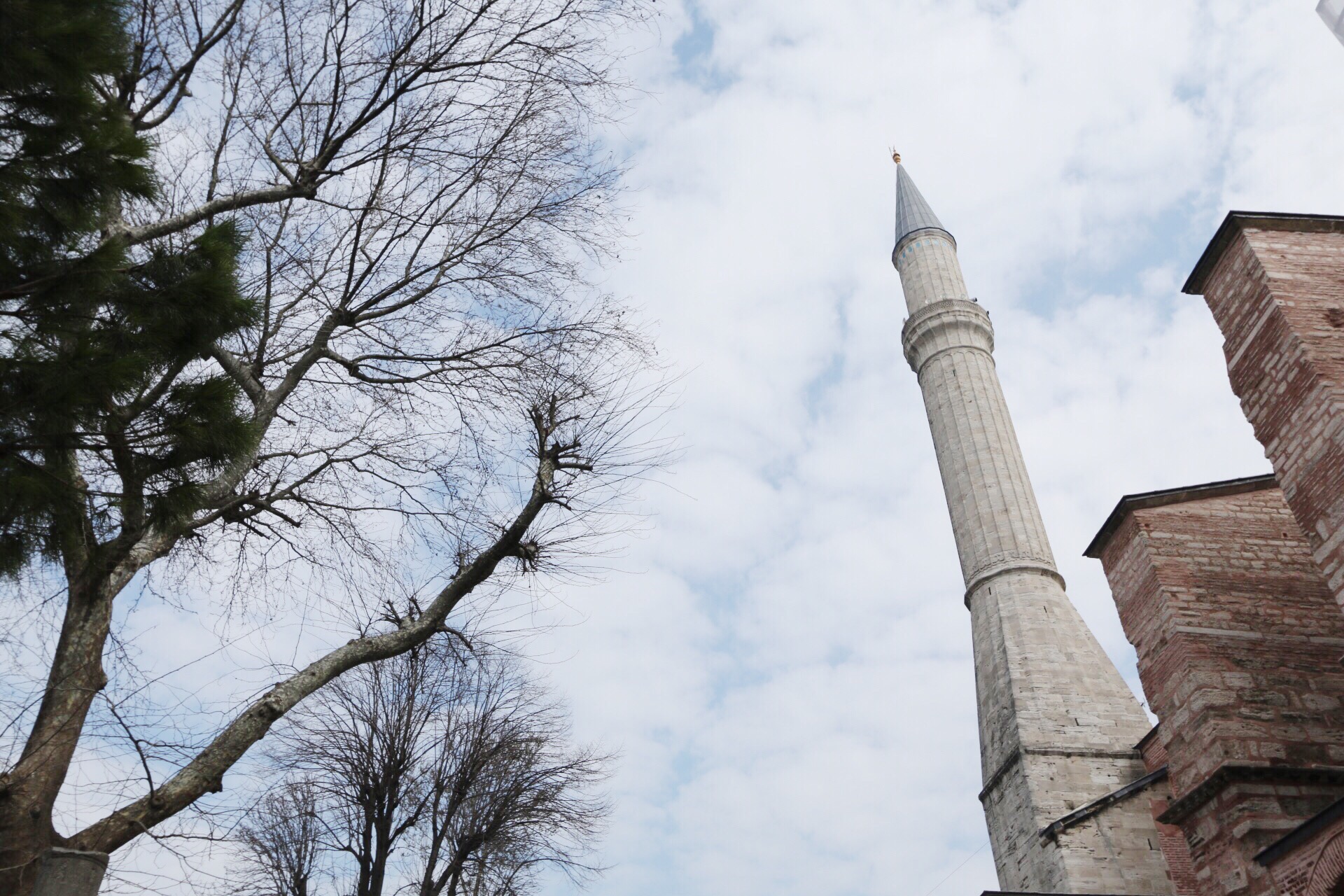 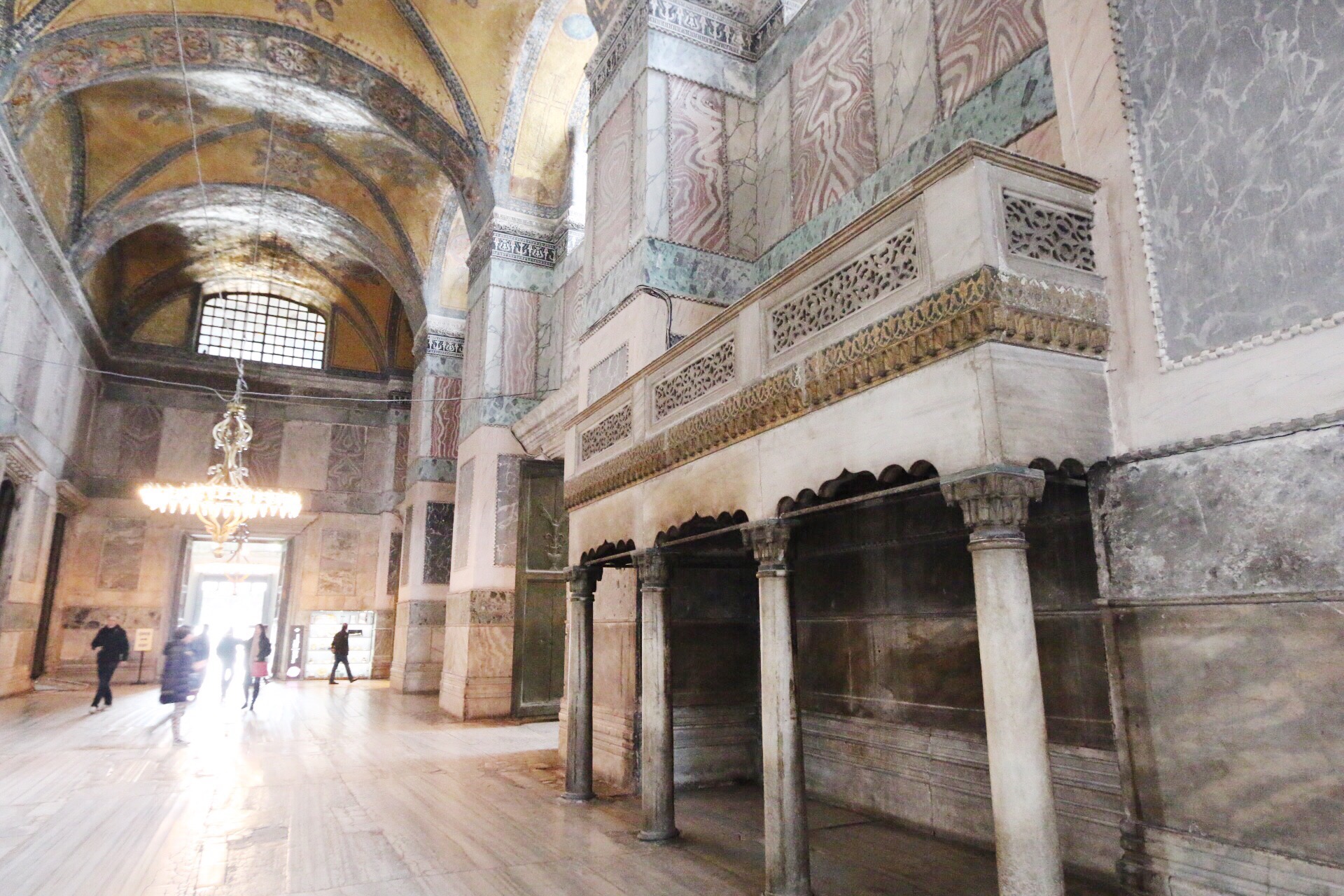 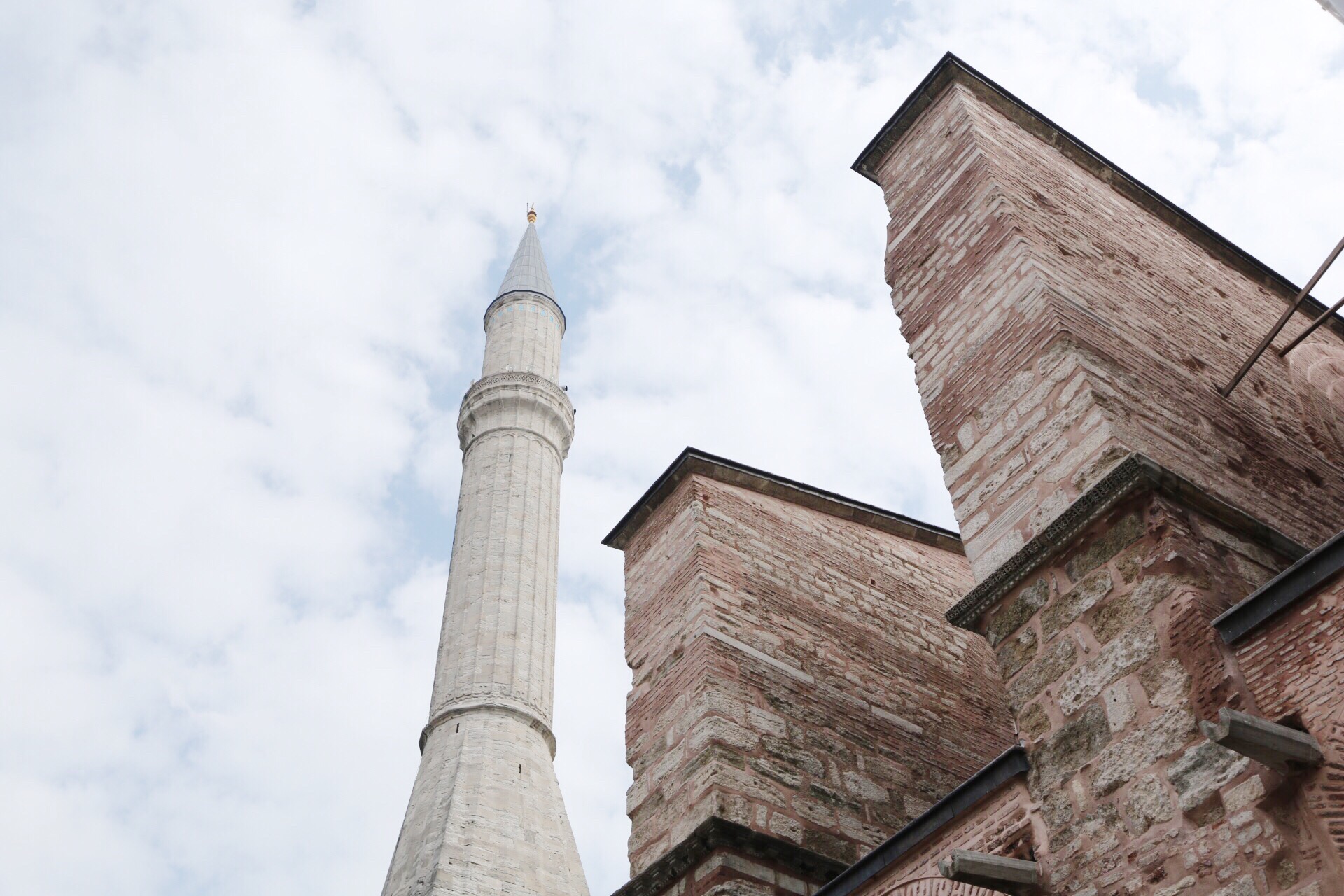 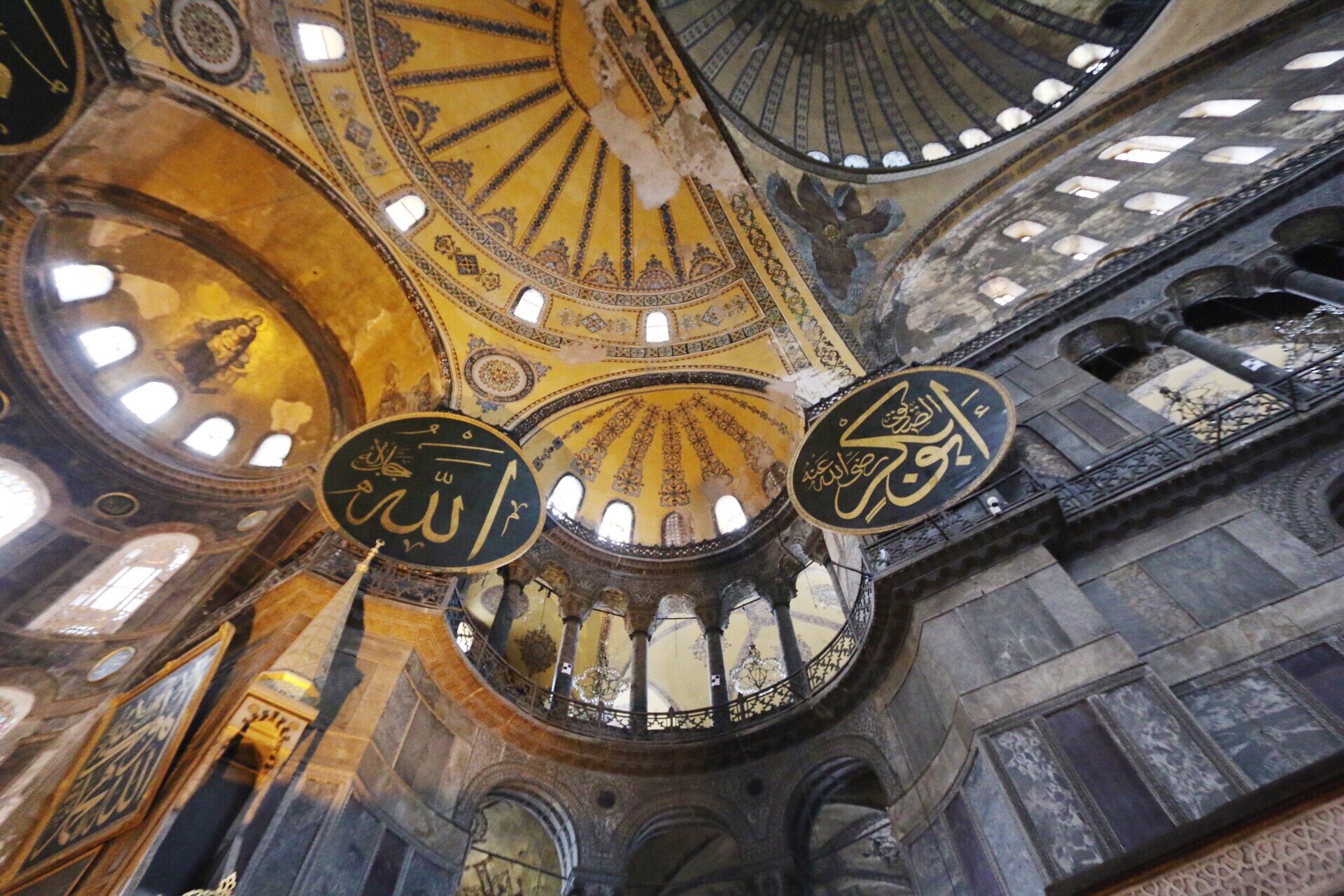 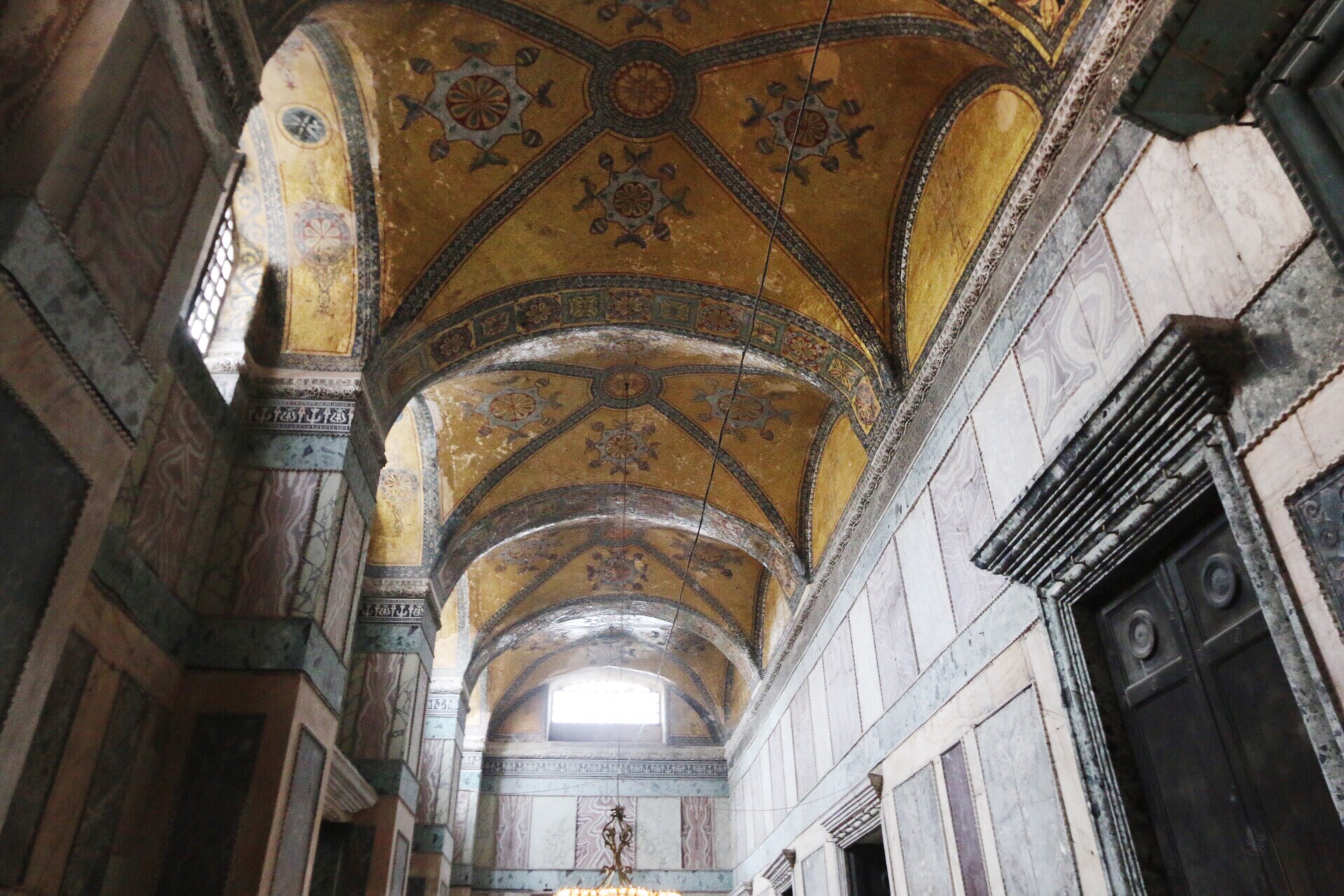 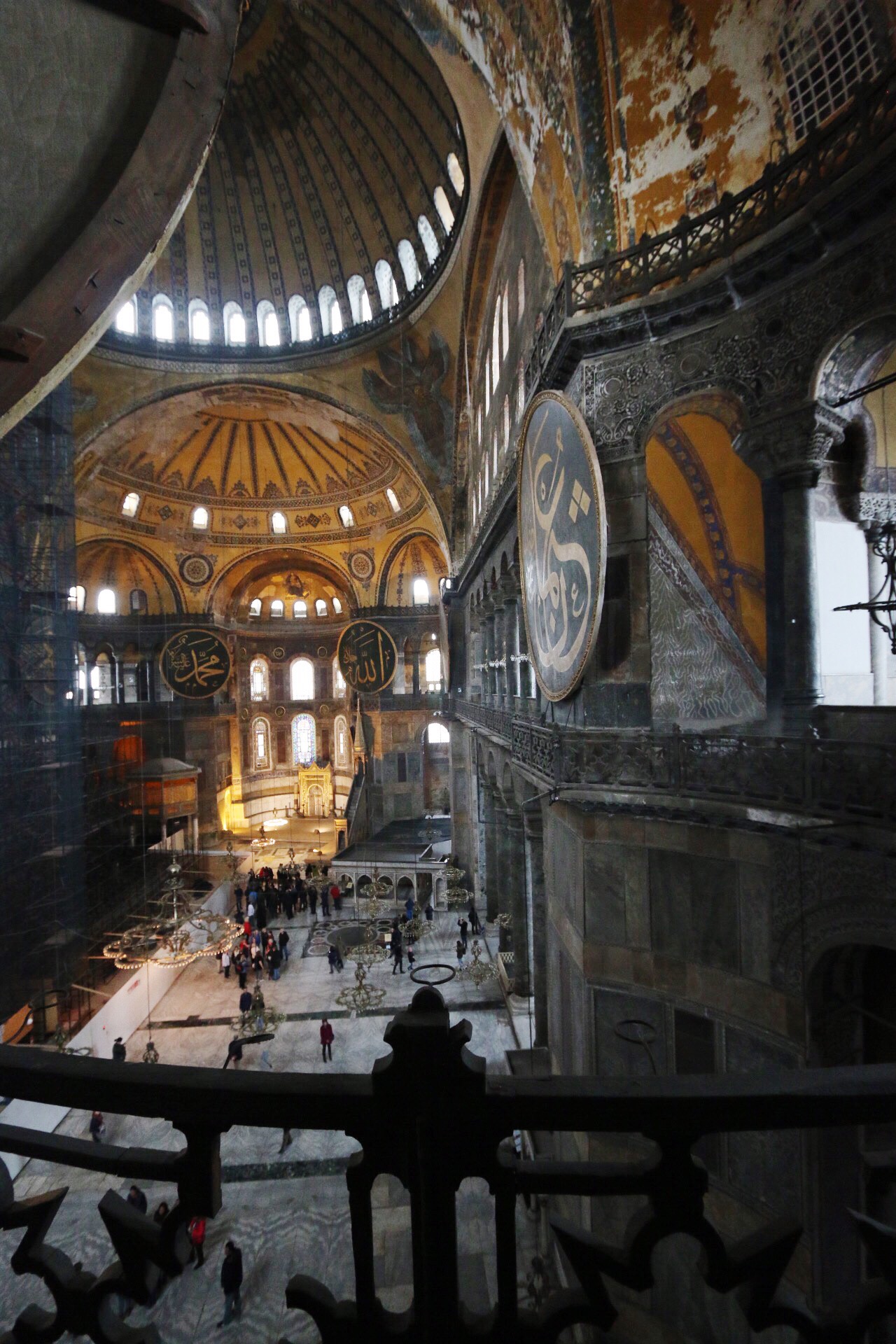